Current Recipients Congratulations to the current recipients of Selby Scientific Foundation awards. These prestigious awards recognise excellence and the importance of funding scientific education and development, from the secondary school level through to advanced research by distinguished international scientists. For further details regarding this year’s recipients:

The origins of H B Selby, later to be known as Selby Scientific, date back to 1897. A talented and astute Melbourne University student imported a small shipment of scientific glassware from Germany to sell to his fellow students. It was from these modest beginnings that ‘Selbys’ grew to become a respected public company, H B Selby Australia Limited.

The student was Carl de Beer and with the assistance of his brothers Ernest and Leslie, was principally responsible for the establishment of the business. Following the tragic death of Carl in 1899, Ernest led the development of the fledgling business. In 1902  he was joined by his sister, Aimee Henrietta, in what was to prove a life-long association with the company.

In 1903 H B Selby joined the company, then being run by Ernest de Beer. The partnership did not last long and H B Selby became the sole owner. Whilst the partnership with Ernest did not endure this did not prevent the marriage of H B Selby to Ernest’s sister, Aimee de Beer, later in the same year.

H B Selby and his wife Aimee had five children. The two youngest, Esmond and Benn joined the company in 1929 and 1936 respectively. Following the death of their father in 1937 the two brothers guided the development of the company until 1949 when the business was floated as a public company in order to fund future growth.

In 1949 the company comprised offices in Melbourne and Sydney however it was about to embark upon a period of sustained growth. Offices were established in Brisbane, Perth and Adelaide between 1949 and 1954. A sixth branch was opened with the establishment of an office in Hobart in 1958. In 1962 Selbys, as the company was known, acquired the business of Geo W Wilton and Co in New Zealand that provided representation in Auckland, Wellington, Christchurch and Dunedin. An office was opened in Port Moresby in Papua New Guinea in 1977 and in 1978 Rauchfuss Instruments was acquired. By  1979 including the manufacturing subsidiary Analite Pty Ltd, the organisation comprised some 472 employees located in 14 premises.

Selbys had slowly but surely established itself as the leading Australian supplier of scientific instruments, laboratory apparatus, chemicals and process control equipment. It developed a reputation for honesty and integrity that was recognised both in Australia and internationally.

In 1982 the company was taken over following a protracted acquisition process. Both E J (Esmond) Selby and B A (Benn) Selby resigned in 1983 having spent 54 and 47 years respectively working for the Selby organisation. It was with great prescience that in 1980 E J Selby, supported by his brother B A Selby, established the Selby Scientific Foundation and thus maintained the longstanding association of the Selby name with the scientific community in Australia. 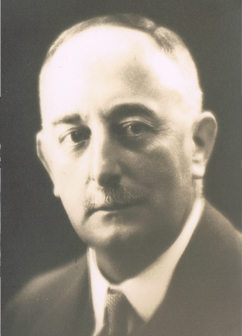